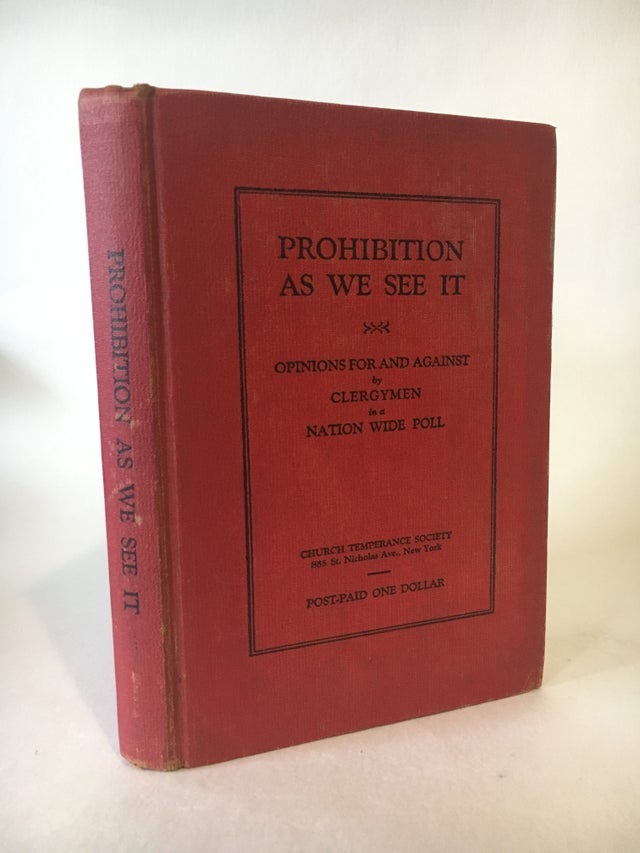 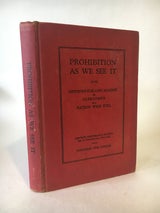 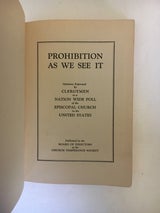 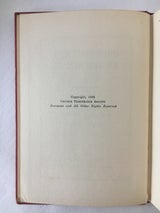 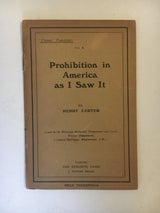 Published by the Board of Directors of the Church Temperance Society, 1928

Opinions Expressed By Clergymen In A Nation Wide Poll Of The Episcopal Church In The US. Chapter Headings Include: The Last Nation-Wide Poll Of The Episcopal Clergy; Prohibition And The Young; Why Churches Are Exempt From Taxation; Prohibition And Vice; Must Bad Laws Be Obeyed?; Evolution Of Temperance; The Quebec System; Reports Form Rectors In The West, Middle West, South, East; Reformation Of The Intemperate, etc.

Prohibition in America as I Saw It by Henry Carter

Stapled pamphlet printed on plain paper with publisher's advertisements on the back cover. Staples oxidized, causing the covers to be partially separated at the head; loose but stable.